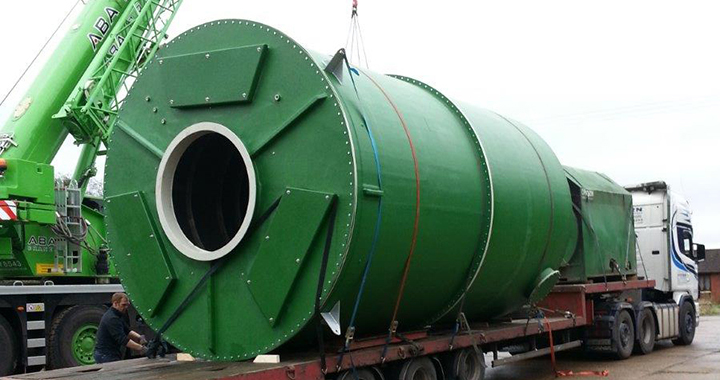 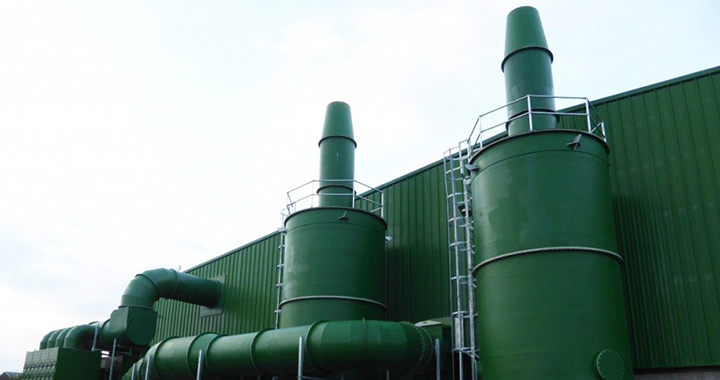 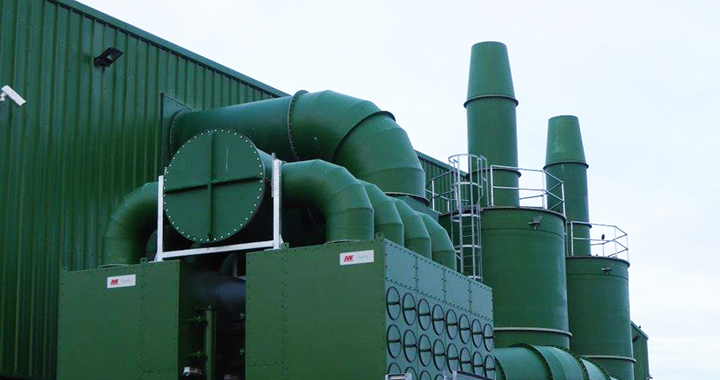 When a fire broke out at Greenstar’s waste treatment facility in Glanmire in November 2013, more than a dozen fire crews were needed to bring the blaze under control. Over €10m of damage was caused and it quickly became apparent that the state-of-the-art facility would have to be re-built from scratch. It was imperative that work was completed as quickly as possible to avoid an even greater financial nightmare for the waste management company.

Simdean had been responsible for the original odour abatement equipment and were asked to supply, delivery, install and commission a new system.

Re-building work and overall project management were the responsibility of Monami Construction. Throughout re-construction the facility remained live, so all activity had to be strictly segregated to ensure minimal disruption. Considerable time was spent planning a programme of work to ensure optimum efficiency.

Liaising closely with Monami, Simdean fast-tracked the project and completed all work within a very tight timescale.

The system was designed to extract a total of 100,000 m3/h of air from the waste transfer buildings. It was made up of two carbon adsorbers, a pulse jet filter, two exhaust fans, two exhaust stacks, ductwork and a single control panel.